NEWPORT — Wednesday night at the monthly Community Commons meeting at the Gateway Center in Newport, the topic was housing. The meeting was a way to bring together the facts, to identify the need, and to come together to try and come up with a solution.

When it comes to addressing the issue of homelessness in the Northeast Kingdom, one of the problems is that it tends to be invisible. However, the numbers are shocking.

On Tuesday, Community Health Integration in St. Johnsbury saw 24 people who needed shelter for the night. In Newport, Home Team, a group of residents trying to help by offering overnight kits for those in need, have issued 20 kits so far. The kits include such basic necessities as a hat, gloves, and space blanket. It is also estimated that at least 20 veterans are homeless in the Northeast Kingdom.

The current state of affordable subsidized housing tells another story. There are 420 people in the area currently on a waiting list to have access to such facilities. The waiting list at Newport Senior Housing is 30 people.

And then there is the issue of housing affordability. If you spend less than 1/3 of your income on housing related expenses, it is considered affordable. However, in Orleans county, we pay more than 50 percent of our income for housing, a number which demonstrates that people do not make enough money in the area to afford to live in the housing that is available. 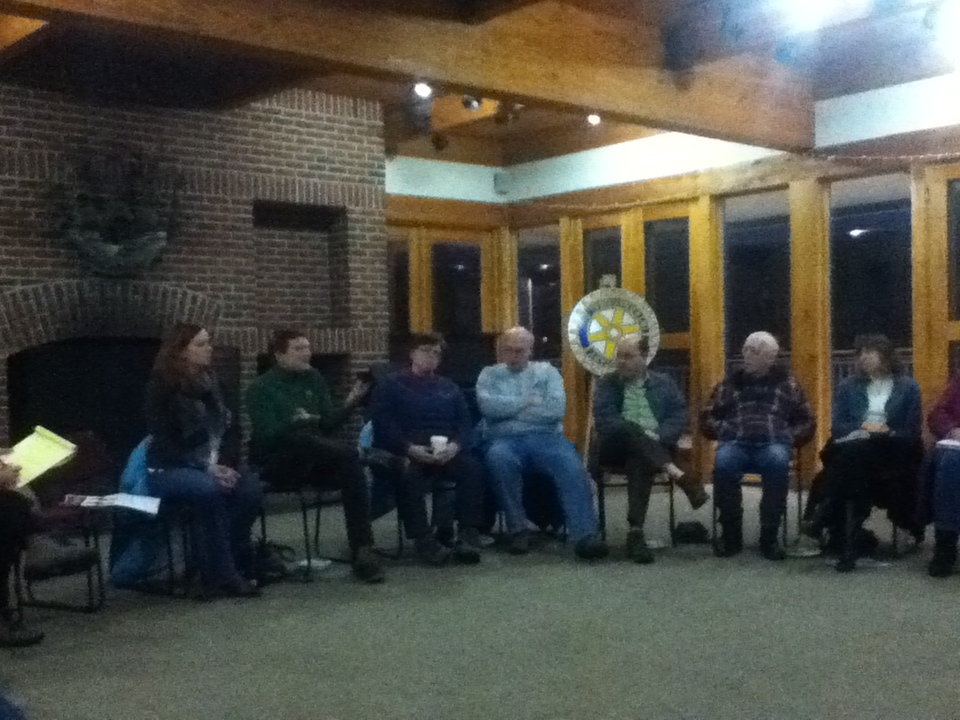 Participants on Wednesday night, assembled in a circle, sat for over 2 hours to address these housing issues.

“Today we’re identifying a need,” Patricia Sears, moderator of the Community Commons gathering said. “If we work together, we can find a solution.”

In order to find the solution, it was important for the group to identify not only the need, but some of the obstacles that get in the way of making the positive changes that the group would like to see happen.

Here again, the facts are shocking. It appears one of the biggest issues to opening a homeless shelter in the area is insurance. For a local church to offer an overnight facility, they would need to buy an additional liability insurance that most could not afford.

Much of the meeting Wednesday night focused on this need for a local warming shelter, and served as the starting point for this newly formed coalition.

When members of the Newport City Council were asked by a group of local church leaders as to some of the other hoops besides insurance that would need to be jumped through in setting up a shelter, they were told that there are also zoning issues, state safety issues, as well as building codes.

Merton Bangemann-Johnson of Rural Edge, the Northeast Kingdom’s affordable housing non-profit, said that it is cheaper to build a shelter from scratch, than it is to retrofit an existing building.

After some heated discussion, there was some consensus that unfortunately it does comes down to economics, and that those issues need to be addressed early on in the planning of how the group will move forward to address the issue.

“We don’t have the funds,” Newport Mayor Paul Monette said. “We can maybe work with you, but we’re trying to keep our tax rate down and promote development. We also don’t have the land in Newport, which is another issue.”

“It’s easy to throw stones, but the real problem is that we’re poor,” City Manager John Ward said. “People come here to live, and they don’t have jobs, and we can’t afford to maintain them.”

The meeting concluded by focusing on the importance of staying connected, and networking with people interested in helping work toward tackling some of the issues which were brought up. The Community Commons meetings are designed to facilitate such connections.

“The numbers we went over tonight really tell a story,” Scott Libby, pastor of the Grace Brethren Church, said after the meeting. “I’m also really interested as to what the liability insurance would cost at our church to set up a shelter, because I just don’t know.”

One local church leader who did not want his name mentioned in this article stated that he felt the need to organize an effort to open a homeless shelter was clear, and that he and his colleagues would look into the issue, but, he felt that City Council members who attended the meeting did not seem to offer any hope toward it becoming a reality.

“It’s one thing for us to try to come up with a location, and to organize the effort, but tonight the City Council members didn’t have one positive thing to say as far as making it seem even remotely possible,” the church leader said. “You need some reassurance when you start a project like this, and you saw tonight that we didn’t really get any.”

The Community Commons gatherings are held from 6 to 8 p.m. on the third Wednesday of every month. There is an optional pot luck dinner, and all are welcome.