STANSTEAD, QC — According to a spokesman for the Stanstead College, Sylvain Bergeron was on vacation when he was arrested, and, he was not traveling in a school vehicle.

Bergeron, a security guard at the school, is charged with unlawful possession of a controlled substance with intent to deliver. He was arrested by Illinois State Police following a routine stop for improper traffic lane usage, and use of an electronic communication device while operating a motor vehicle.

Ross Murray, the spokesman for the Stanstead College, confirmed that the last day Bergeron had worked at the school was Tuesday, Jan. 7. He was scheduled to be back at work on Sunday, Jan. 12, to start his regular night shift.

The area outside of Chicago where Bergeron was arrested is approximately 952 miles from Stanstead, which is roughly a 15 hour drive.

At some point after work on Tuesday, Bergeron traveled west, most likely traveling through Canada and entering the United States in Michigan, where he was arrested on Interstate 355 in Homer Glenn, Ill. Friday, Jan. 10. 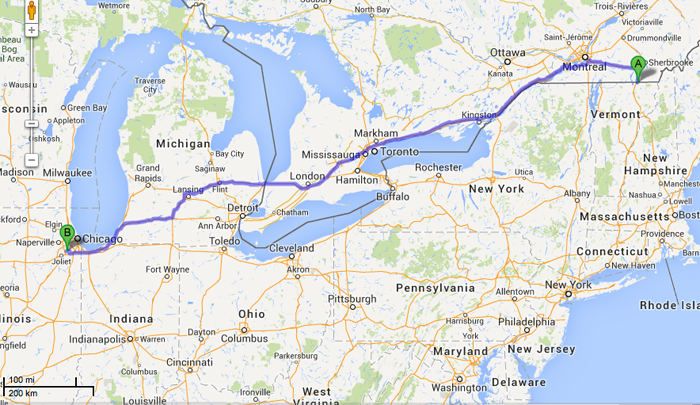 Murray, addressing another rumor that has been circulating in town following Bergeron’s arrest, stated that when Bergeron was arrested, he was not driving a student home. He also said that Bergeron was not away on any other school business.

“I can confirm that he was on vacation,” Murray said. “He was not driving a school vehicle at the time, nor was he transporting a student.”

Bergeron appeared in bond court via video on Jan. 13, where he told the judge that he was unable to afford an attorney. He was appointed a public defender. The judge assigned a court date of Feb 3 for his arraignment, when he will enter a plea of guilty or not guilty.

He is currently being held at the Will County jail in Illinois.