DERBY — When Hurricane Sandy hit in October of 2012, Domenic Laurenzi lost everything. For nearly a month he found himself living in his car. He was working for someone who flat out refused to pay him, and finally the heater in his car went out. He spent the next five days grinding it out, sleeping in the cold, and trying to decide what to do.

Originally from Long Island, Domenic had family living in the Newport area, and he had spent some time here earlier, studying massage therapy at the Community College of Vermont. When the program was dropped, he went back to New York.

Sick of sleeping in his car, Domenic called a relative and asked if he could come back up to Vermont. They were happy to help. On November 17, 2012, Domenic was back in the area, and he immediately decided to continue his studies at CCV. He switched his major to Business.

It was a difficult start for Domenic, but he never let the obstacles he had to face get in his way. As the new guy in town from the big city, he persevered. He has gone on not only to excel as a student, but to give back to the community that welcomed him in. 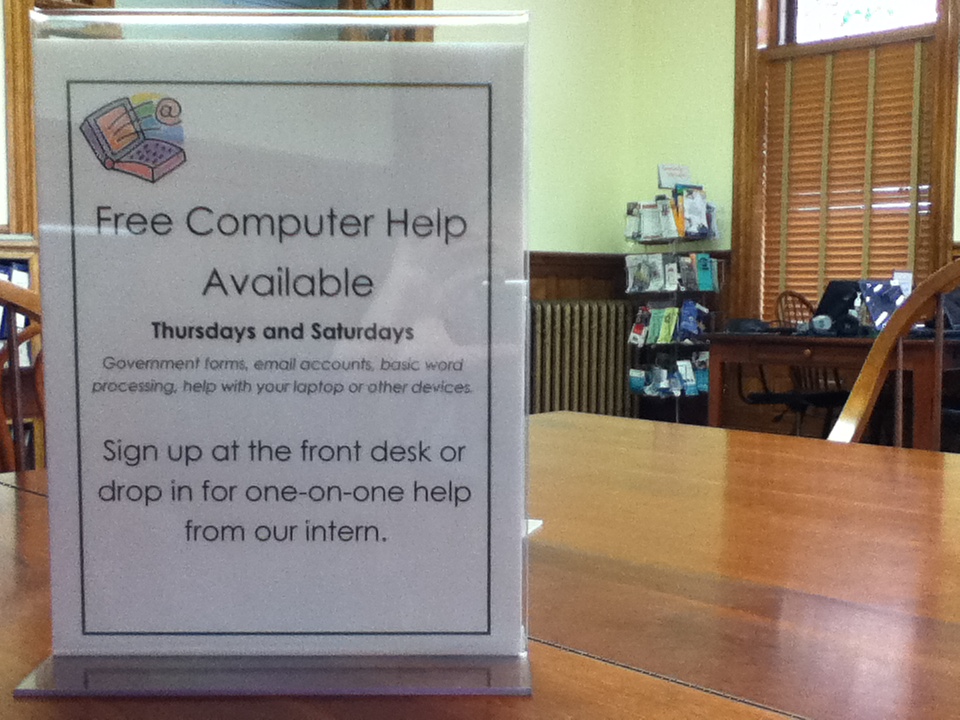 Domenic now runs a digital literacy program offered through the state of Vermont, where he provides free computer help to anyone visiting the library during designated hours. Anyone needing assistance can make an appointment, or just come in during the hours that Domenic is there. He can help you with the most basic issues, or tackle more technical problems if needed.

“It all started at CCV,” Domenic said. “I was taking a class that needed an internship, and it just so happened that the libraries needed someone to help them with their computers.”

The internship led to the digital literacy grant, which has been recognized as a huge success.

“Once the grant went through, and the state saw that people were utilizing this system that was put in place, that people were learning and benefiting from it, they decided to keep it going through July of 2014.”

While offering his services, Domenic has seen the full spectrum of computer related issues pass through the program.

“Things have ranged. From the most basic steps like how to use a tablet, to just the other day I helped someone set up a mobile hot spot from his Samsung Galaxy phone.”

Coming from New York, there are things about the area that have been a bit foreign to Domenic, but he has embraced most of it.

“Everything is so different up here,” he said. “Coming from New York, I’m used to being able to get anything I want, anytime of day. But, it’s absolutely beautiful, and there is no traffic up here which is nice.”

The computer help Domenic provides is available for anyone who needs it, and with the extension, Domenic encourages anyone who needs his services to come out to the library during the following hours:

Domenic will graduate from CCV this summer, and although he will not continue on with the digital literacy program, it will most likely continue past July.