QNEK Rings in 2014 with Auditions for 21st Season - Newport Dispatch

DERBY LINE — As you’re chilling the champagne, slipping into your most elegant attire, and searching for those obnoxious, but necessary noise-makers you only use once a year, don’t forget to dust off your dance shoes, practice those pratfalls, and hit some high notes at the piano, because QNEK is holding auditions.

International Theatre Company in Residence at the Haskell Opera House, QNEK Productions, will be holding auditions for its 2014 season at the First Universalist Parish of Derby Line, on January 4, 11, and 12, 2014.

QNEK Productions is pulling out all the stops for its 21st season, including the addition of a second main stage musical that is sure to be a hit. Full scale productions will be held at the Haskell Opera House. 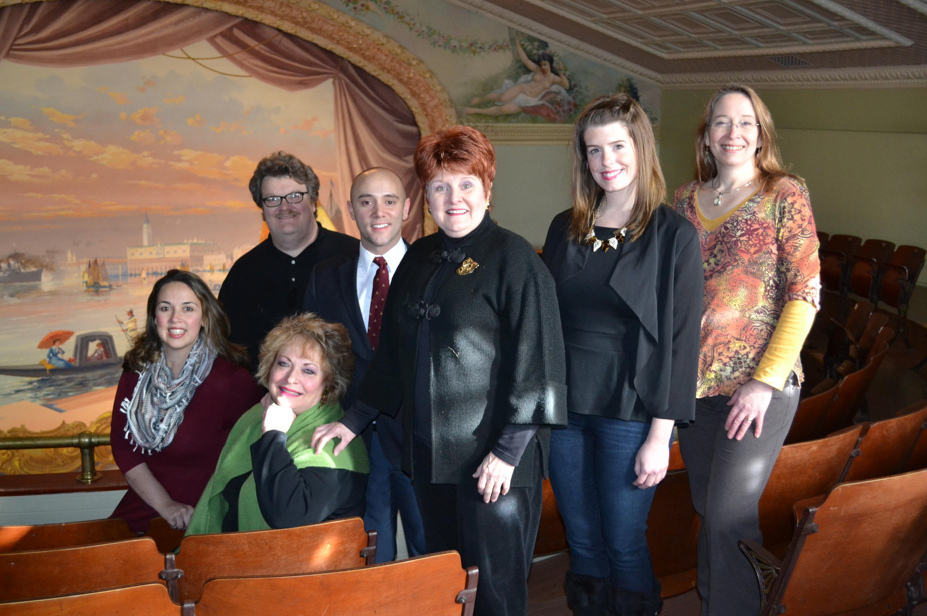 “Boeing Boeing,” by Marc Camoletti, and translated by Beverly Cross, will open the season with its extravagantly hilarious plot twists, and wonderfully absurd comings and goings. Directed by Jenny Dunne, this Tony Award Winning farce plays May 2, 3, 4, 9, 10, and follows an American bachelor in Paris managing three international fiancé stewardesses by their flight schedules. Things get turbulent when a new and speedier Boeing jet throws off his careful planning. Throw in an anxiously timid visiting buddy and an exasperatingly disgusted French maid, and you’ve got a comedy that will be just as much fun to be in as it is to watch.

Charles Dickens’ immortal characters live on as Lionel Bart’s beautifully scored and scripted Tony Award Winning “Oliver!” takes the stage July 25, 26, 27, and August 1, 2, 3. Directed by Phil Gosselin, with musical direction by Anita Mayhew, and accompanied and conducted by Janice Luce, this wonderfully moving classic seeks a large cast of all ages to bring these timelessly fantastic characters to life. It will certainly be a lot fun for boys and girls this summer.

“SUDS: The Rockin’ 60s Musical Soap Opera,” from Melinda Gilb, Steve Gunderson, and Bryan Scott, is loaded with good clean fun and bubbling energy. It plays September 12, 13, 14, 19, 20. Directed by Phil Gosselin, with musical direction by Mark Violette, this awesome jukebox musical tells the story of a young woman and her guardian angels who arrive to teach her about finding true love in a laundromat. Channeling aspects of Forever Plaid, this four-person dynamo will get everyone dancing to hits like “Respect,” “You Can’t Hurry Love,” and “Chapel of Love.”

“Wait Until Dark,” by Frederick Knott, directed by Susan-Lynn Johns, is one of those knuckle-whitening thrillers that will give you a reason to be afraid when the lights go out. When a game of cat and mouse spirals out of control, an unsuspecting blind house wife and her young neighbor will have to hold their own if they want to survive against a gang of hardened con-men, who will do anything to get what they want. All those Law and Order marathons will come in handy for actors auditioning for this highly suspenseful drama, playing October 10, 11, 12, 17, 18.

Boys, girls, men, and women of all ages are encouraged to attend. For a detailed schedule of auditions and callbacks, or more general information, visit qnek.com, find QNEK Productions on Facebook, or call the QNEK Business Office at 802-334-2216.

Though audience members will have to wait until May to be a part of this fantastic line up, QNEK season passes are now on sale by calling QNEK Box Office at 802-334-2216, visiting qnek.com, the Catamount Arts Box Office at 888-757-5559, or by visiting catamountarts.org. 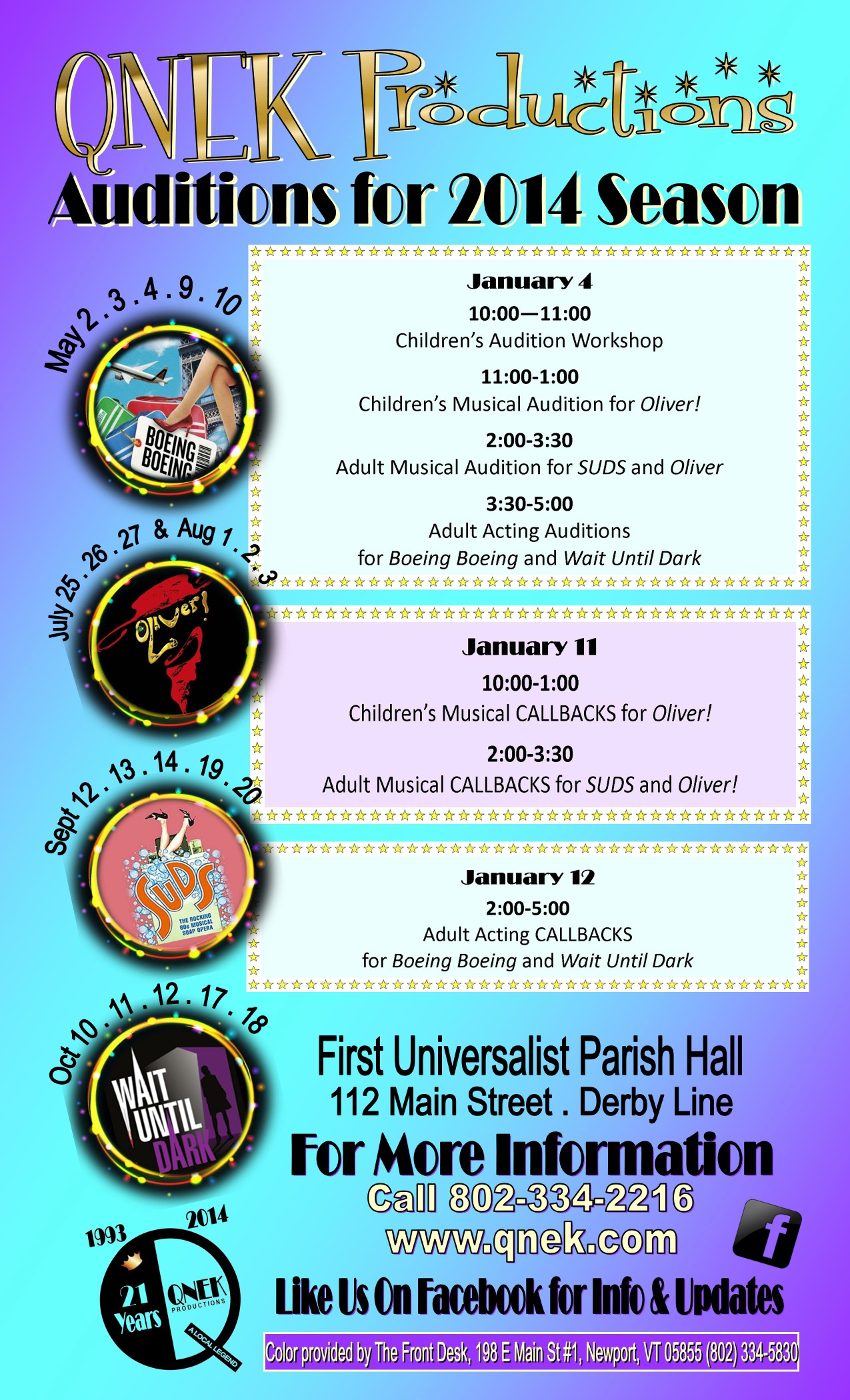 NEWPORT — If you have served your community as a youth volunteer,
NEWPORT — Dr. Les Lockridge and the Northeast Kingdom Hematology Oncology (NEKHO)
CRAFTSBURY COMMON — The Environmental and Social Justice Club at Sterling College
Go to Top