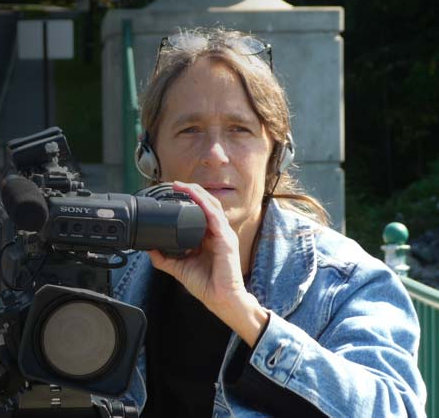 Born in Norwich, Vermont, Nora Jacobson’s life has taken her many places. When she was eight years old she moved to Paris with her family, where they remained until she was fifteen. She will soon head off to South Korea to shoot a feature film. In her recent project, “Freedom and Unity: The Vermont Movie,” Ms. Jacobson set out to discover the identity of her native Vermont. Newport Dispatch recently caught up with Ms. Jacobson while she was in Newport for a screening of the film.

Freedom and Unity: The Vermont Movie, seems to prove that a state, at least Vermont, does. The film is a six-part collaborative documentary that explores Vermont’s history and culture. The story is told thematically, rather than chronologically, giving viewers the feeling of being on a ride that quickly moves from one point to another.

The characters that appear throughout the series seem to represent the complexities of the state character itself. In making the film, Ms. Jacobson wanted to understand where these characters originated.

“Vermont is an interesting place. There’s this interesting mix of stereotypes surrounding us as progressive, radical left wing types, or the rural republican type. I thought, where did this come from? Is there a historical precedent?”

The film being a collaboration between three dozen Vermont filmmakers, Ms. Jacobson had to decide what footage to use, and how to use it.

“I couldn’t use all the footage,” she said. “It was difficult to keep a filmmaker from feeling betrayed that I had edited the footage in a way that they didn’t always agree with.”

With the project now complete, it was a learning experience for everyone involved.

“I hope I’ve learned the art of diplomacy,” she said. “I’ve had many sleepless nights after being a little too blunt with some of the filmmakers about their work. I had to learn how to deal with people who are as passionate about their work as I am. We all have sensitive egos.”

Although still traveling the state for screenings of The Vermont Movie, Ms. Jacobson has many projects in the works.

“I’m working on a feature film to be made in South Korea, that deals with international adoption. It’s a fictionalized story based on a memoir. I’m also working on a film about Vermont’s poet laureate Ruth Stone. I also skate, and have been documenting this one pond for the last ten years, so I’m doing a film about pond hockey.”